Today, after years of work by advocates from across the outdoor industry, Congress passed one of the largest public lands bills in recent history. The passage of S.47, the Natural Resources Management Act, exemplifies the power of the outdoors in bringing people together and bridging partisan divides to pass legislation that benefits all Americans. All that’s left now is for President Trump to sign it into law, which we expect will happen soon. 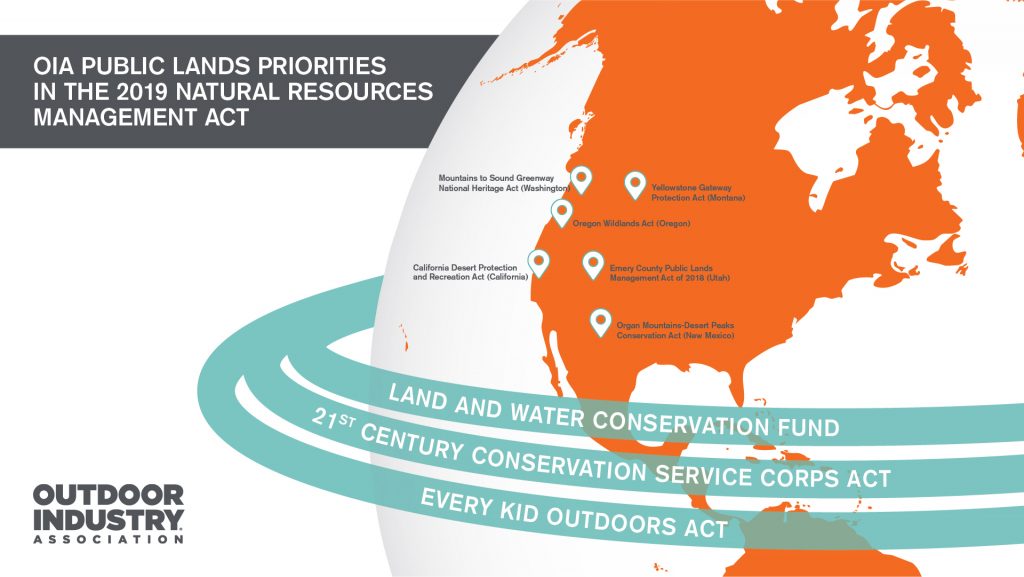 “We know there is a lot going on across the country right now, but everyone should pause for a few moments and take in what is happening with our nation’s public lands. We are set to preserve nearly a million acres of land for protection and outdoor recreation, permanently reauthorize the Land and Water Conservation Fund and help our young people enjoy the outdoors more, among many other things – changing the trajectory of public land protection and advocacy for the next generation for the better,” said Patricia Rojas-Ungar, vice president of government affairs for the Outdoor Industry Association. “We heard from numerous stakeholders that OIA’s Outdoor Recreation Economy report was a critical resource for quantifying the economic impact of outdoor recreation across the country. When lawmakers on both sides of the aisle learned that the outdoors generate $887 billion in consumer spending and support 7.6 million jobs, there was little question about the value of our public lands. The report had a hand in bridging the partisan divide in Washington to get this once-in-a-decade public lands legislation through the usual Capitol Hill gridlock.”

Senate Bill 47 contains some massive wins for America’s public lands and the outdoor industry. Most significantly, it permanently reauthorizes the Land and Water Conservation Fund (LWCF), one of the most important conservation programs in our nation’s history.

LWCF has long been an important part of OIA’s policy agenda and a central advocacy item at the OIA Capitol Summit. From Conrad Anker asking Congress to reverse budget cuts to the program in 2011, to OIA Board Chair and The North Face General Manager of Americas Travis Campbell testifying for the program’s reauthorization in 2015 to the Senate Energy and Natural Resources in 2015, and more recently to OIA executive director Amy Roberts joining Theodore Roosevelt Conservation Partnership’s (TRCP) Whit Fosburgh in September 2018 calling once again for LWCF to be reauthorized, OIA and the outdoor industry have long championed for today’s result.

The legislation also includes other OIA priorities such including the following:

We are thankful for the countless hours many key senators and representatives, their staff, public lands advocates and American citizens put in to get this bill across the finish line, and we eagerly await President Trump’s signature. We will continue to work with our partners to fully fund LWCF, protect the outdoors, increase access for all and support recreation across the country.