Public Lands: Our Industry, Our Issue, Our Fight. What Are (and What Aren’t) Public Lands?

Of the 2.27 billion acres of total land mass in the United States, the federal government manages about 640 million acres, predominantly concentrated in 12 Western states including Alaska. By comparison, state- and locally managed lands total about 217 million acres. The questions of who’s in charge and what’s allowed on those lands aren’t easy to answer. As is often the case with the U.S. government, policies and details are nuanced, to say the least. Here’s our attempt to boil it down. 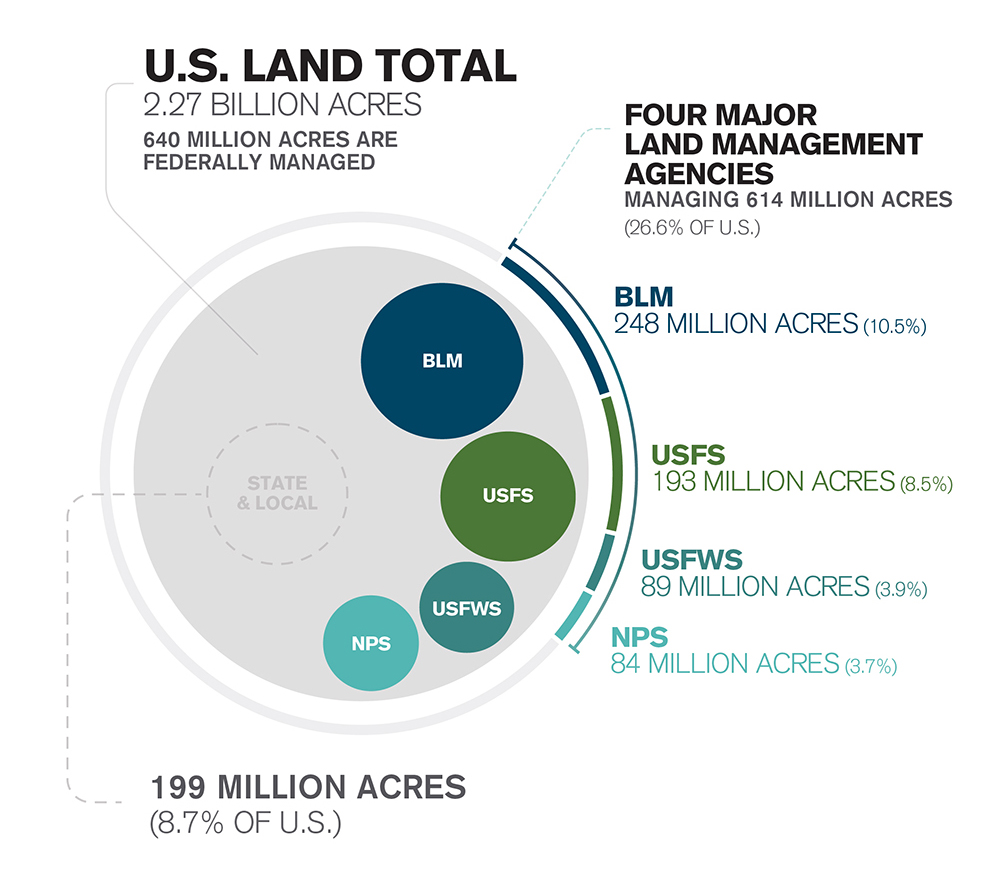 States (along with cities and counties) also manage lands that are considered part of the public domain. But there’s a difference. Generally speaking, states are not required to manage lands with a multiple-use mandate like most federal land agencies.

All states have some lands under state management, such as state parks, state wildlife management areas and state forests, but state lands are not owned by state residents in the same way that public lands are. In the West, states entering the union also received federal public land as trust lands designated for specific beneficiaries, like schools and hospitals. Those trust lands are managed to provide revenue to the designated beneficiaries, often prioritizing development (and disposal) and restricting public access to a variety of uses, including recreation. Where access is available, fees are often required.

Who Manages All The Federal Land?

Four major federal agencies administer 610 million acres of that land for many purposes, primarily related to recreation and to the development and preservation of natural resources. 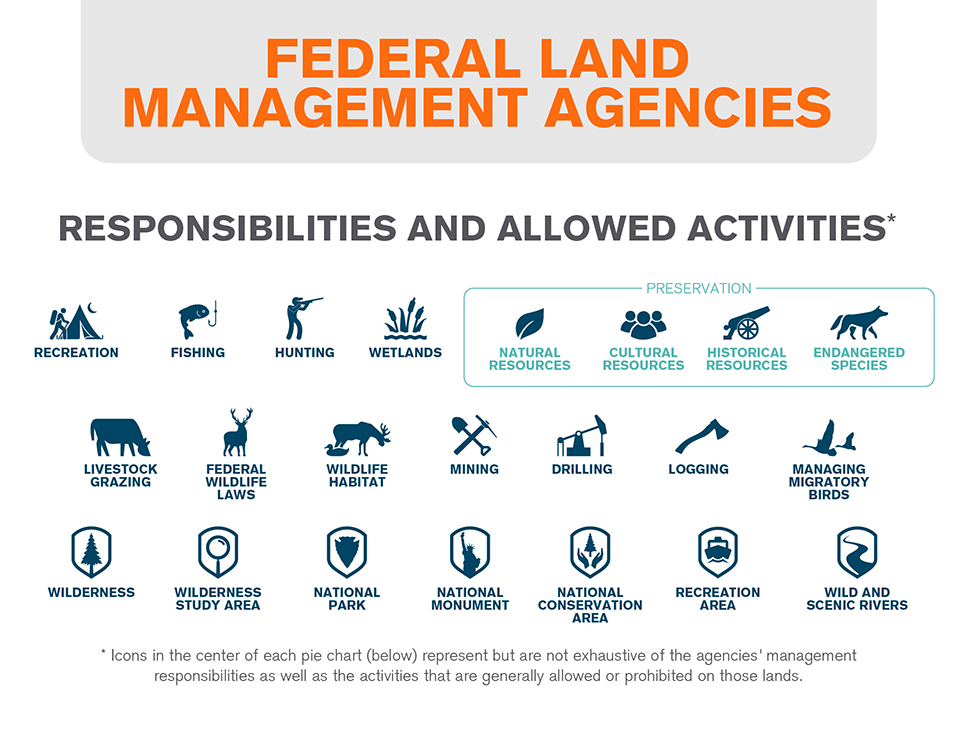 The Who, Where and What of Land Designations

What’s the difference between a national park, a national forest and a national monument? What activities can and can’t you do on each? And who is responsible for maintaining those lands and enforcing the rules? The simple answer: It’s complicated. The National Park System, for example, has 28 sub-designations. The rules that govern each designation category can vary. In general, though, designations typically confer a range of protections and restrictions on how, when, by whom and for what purpose the land can be used and accessed.